It’s been a long time between posts. I’m busy, really busy – busier than a person with no job has a right to be. I have a new job, of sorts. I’ve become a host with AirBnB.

For those who don’t know, we bought the house next door a little over 4 years ago when our neighbours moved to Sweden.  Since these houses are pretty tiny, it was our dream to eventually join the two houses together to make it possible to swing a cat without having to move to the outer suburbs. Mr. B likes to call it the ‘West Wing’. For the first 2 years we rented the ‘West Wing’ to close friends. It was lovely having them right next door, and wonderful watching their daughter grow up. Then Edenstar’s warehouse lease ran out, so we said goodbye to our friends and moved Edenstar in so I could work from there, with the bonus of realising my veggie garden dream. This has proved to be a wonderful dream that we couldn’t quite afford, and we started thinking that we’d have to rent it out again – something we’d rather not do. I love my garden too much, and Edenstar still needs a home. We had a visit at Christmas time from our ex-neighbours from Sweden who were keen to see what we’d done with their place (remember the grapevine prank?) They suggested AirBnB as a solution to our dilemma, and they were absolutely right. Thanks M and C!

I grabbed this life-raft with both hands and set about making it happen. It seemed pretty straightforward setting up an account and listing our place – somewhat more difficult photographing interiors competently. Looking at other similar listings the photographs looked good – the bar was  set pretty high. After following several online tutorials and Pinterest tips and learning a bit more about how to actually use our camera, I ended up with shots I was quite pleased with. I found out after uploading them, that AirBnB offer a free professional photography service – note to self, read the fine print! Anyway, I learned a new skill.

So, I finally got everything uploaded and had prices and details sorted. After faffing about with the smallest details the moment of truth arrived to go live at the beginning of March. I was anxious for everything to be perfect. Mr. B was gently scathing, ” It’s not as if we will be inundated with bookings in the first 24 hours,” he scoffed. It’ll probably come to nothing.” Poo-pooing is his specialty.

12 hours later we had our first confirmed booking, a lovely young couple from Amsterdam for 4th – 6th March. We were as nervous as kittens in the days before, and also had to turn away 2 more enquiries who wanted to come even before that. They arrived and were absolutely lovely, left the place neat as a pin, and we got paid straight into our bank by AirBnB, no dramas. Easy peasy lemon squeezy. 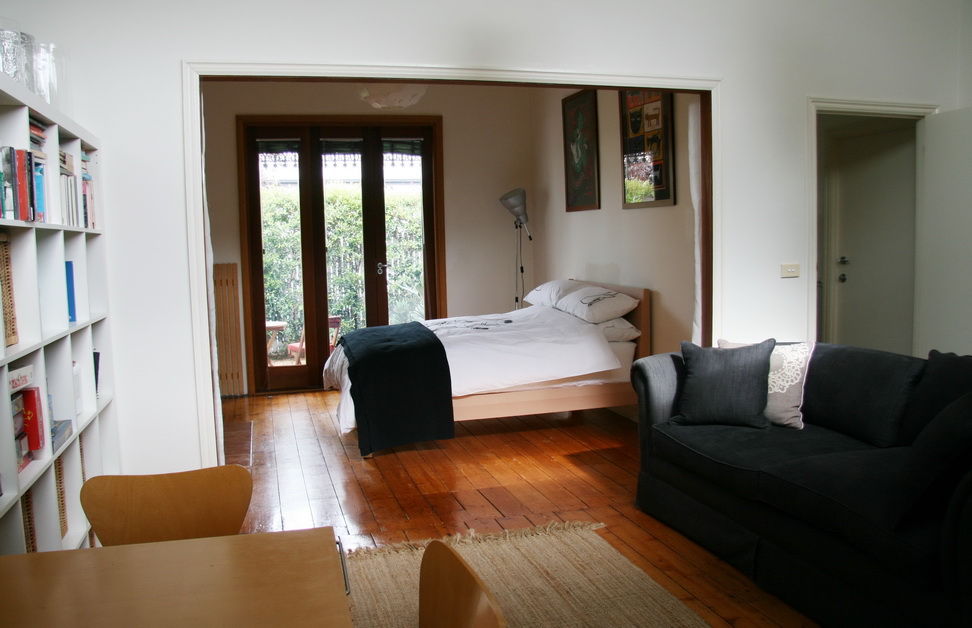 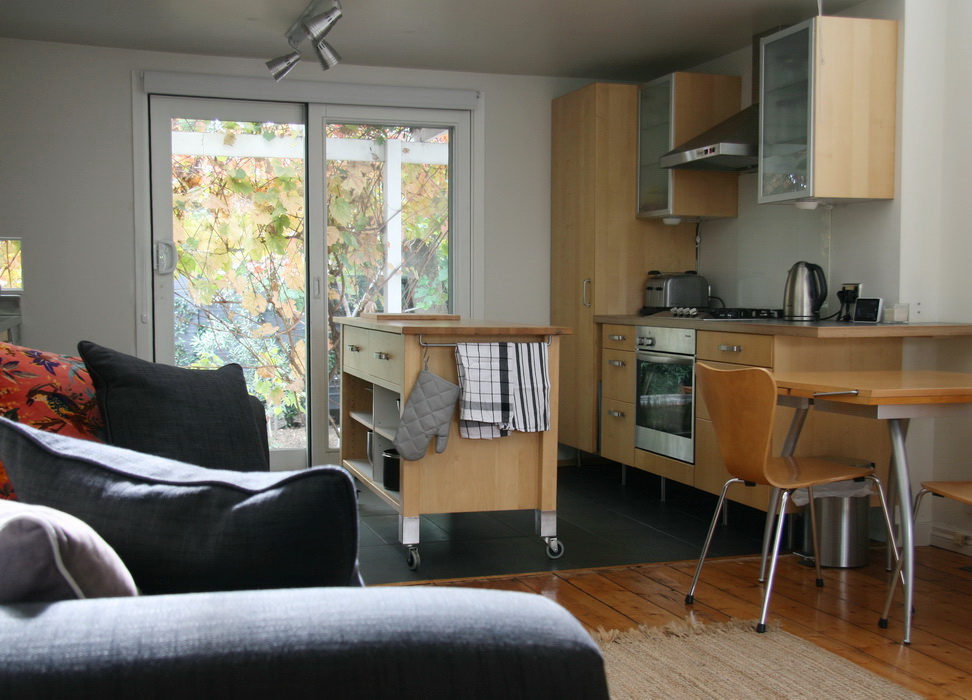 Since then we have been flat chat with guests. We were hoping for 10 nights per month occupancy and so far have had 11 in March and 16 in April. We’re up to 6 booked so far for May, but plenty of time for more. We’ve had enquiries as far ahead as October and January next year. There’s been quite a few scare stories about AirBnB being used for unsavoury purposes, but so far everyone has been nice, quiet, tidy, normal.

It’s hard work, but honest. It’s not as glamorous as the fashion industry, that’s for sure. I spend my days cleaning bathrooms, vacuuming, mopping floors and ironing bed linen (I’ve never ironed my own sheets, but they look like someone’s already slept on them if they’re wrinkled). I’ve become a nit-picking perfectionist, but we’ve earned a 5 star rating and I’m proud of myself. If anyone fancies a stay in a nice little place in Melbourne, check out our listing here.

Edenstar still occupies 2 rooms which are locked when we have guests, we keep the garden, and we can decline enquiries whenever we want the place to ourselves – perfect!

We get paid on time and without fuss, and there’s nothing glamorous about waiting up to a year to get paid for stock that’s already been sold, having to bring in debt collectors and always being made to feel like the bad guy. Bah! I’m over the fashion industry.

So it’s a new direction for me, and if things keep going well I won’t have to re-join the workforce. Hopefully that means plenty more pottering about in the garden, walks in the park with Annie, being around for my family and Urban Nesting.