It seems that what we had most of in the garden for the last few weeks was beans. We had crisp green ‘Bonapartes’, tender yellow ‘Sex without Strings’, magnificent climbing ‘Purple King’, and ‘Crimson Flowered Broad beans’. Beans are the gift that keeps giving. We’ve feasted for weeks now, and they just kept coming. I’ve tossed them into salads, risotto, and dressed up left-over Christmas ham with them.

The broad beans were a bit tricky. This was the second crop as I had no luck at all with the first – planted too early and came to nothing. I persisted and was rewarded with a lovely crop this time. I made the most fantastic lunch of Stefano’s Smashed Broad Beans from Stephanie Alexander’s Kitchen Garden Companion. Unbelievably delicious. Broad beans are worth growing if only for this recipe, and if you don’t have the book, go out and get it immediately.

If you’ve never grown beans before, they are easy, quick and gratifying. Give them a go. You don’t need much room – all mine are in containers and pots.

Sadly, I’m going to have to say goodbye to them now. I think this very hot spell we’re having in Melbourne this week will do them in, and I’ll probably pull them up at the weekend when the cool change comes. I’m going to be disappointed to have to buy beans at the greengrocers again. Humph. Oh well, the tomatoes are ripening now, so mustn’t grumble. 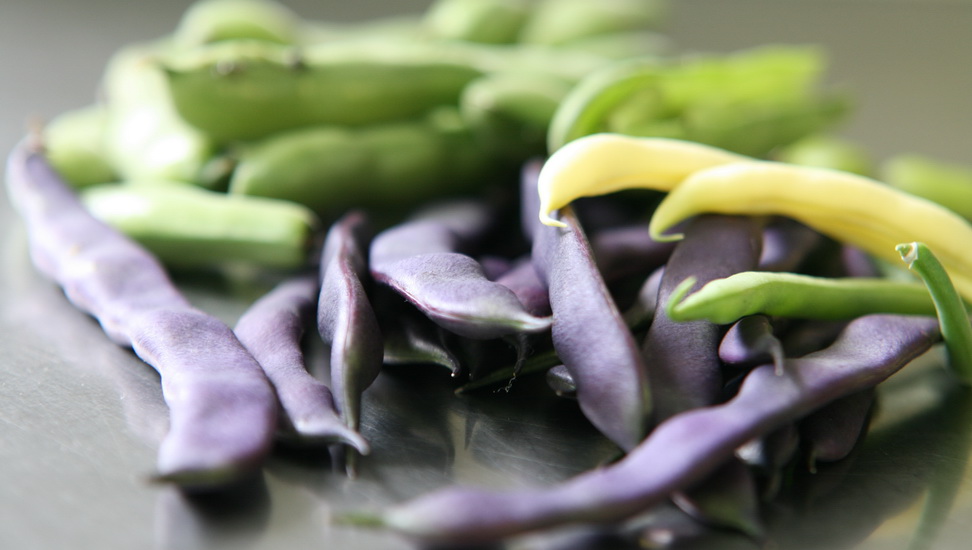