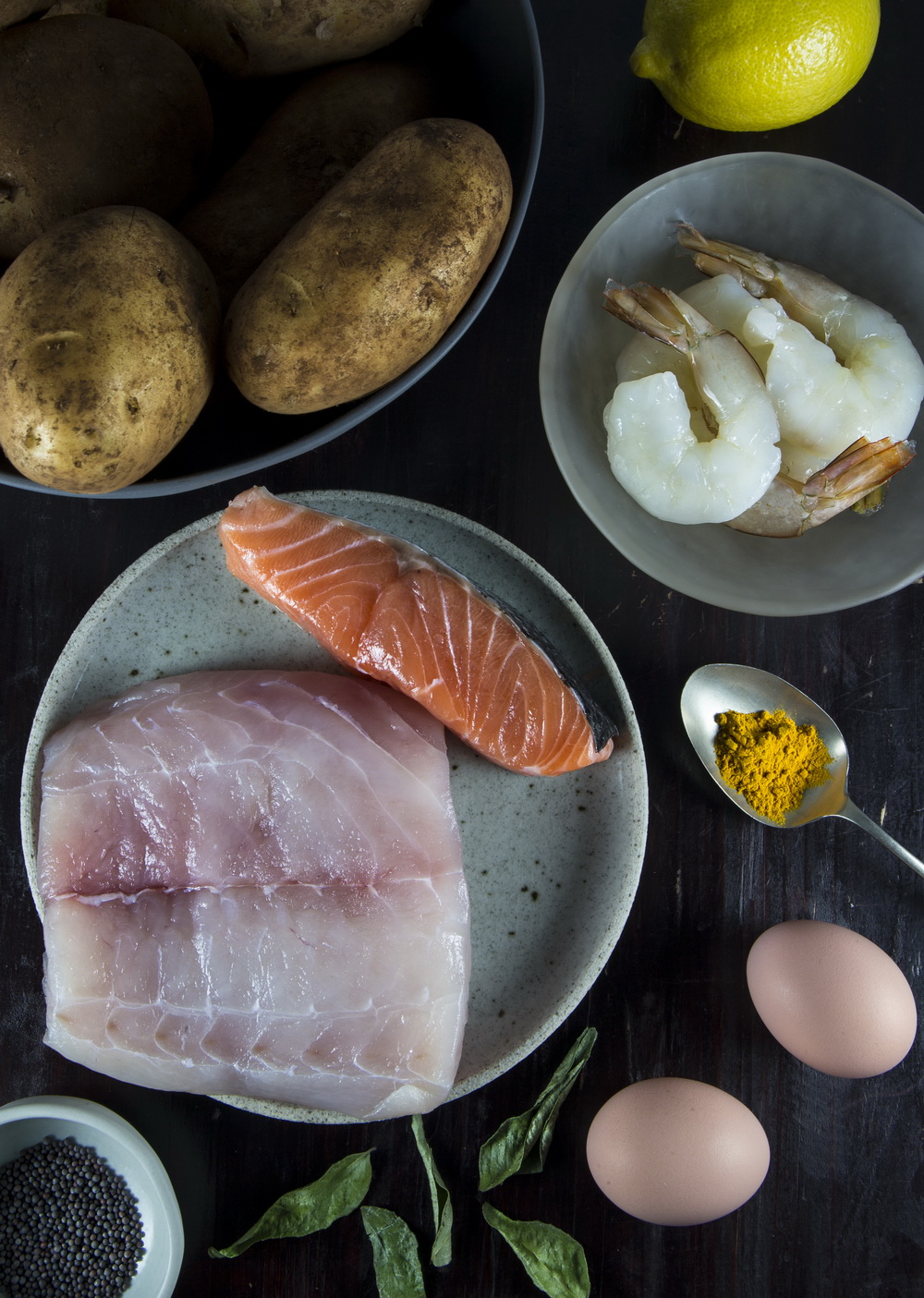 I have to admit that I’m a long time fan of Jamie Oliver’s brand of cheeky Essex Boy charm and down-to-earth cooking. His recipes are delicious and they all work, so what’s not to love. I have loads of his books and always watch him on TV. I admire his sincere campaign to bring healthy, achievable cooking to everyone and restore good health to the world’s children.

This particular recipe was a YouTube clip of Jamie and his little boy, Buddy, cooking the fish pie together. It was very cute, but I had to watch it a million times as I cooked alongside them, so I’ve made it a bit easier by putting it down in writing for you.

The resulting meal was, as Jamie promised, the ultimate fragrant and delicious comfort food. My family couldn’t shovel it down fast enough! The first time I made it I didn’t have fenugreek seeds in the house, so I missed them out. It was still super yum, but I included them the next time and it was off the scale of yumminess – another dimension of flavour, so try to get them if you can.

I didn’t use all the same fish as Jamie, and I didn’t include the chilli either as my kids aren’t impressed with overly spicy food. I’ve put down the recipe exactly as I did it, but do have a look at the very cute YouTube clip in the link to the original. 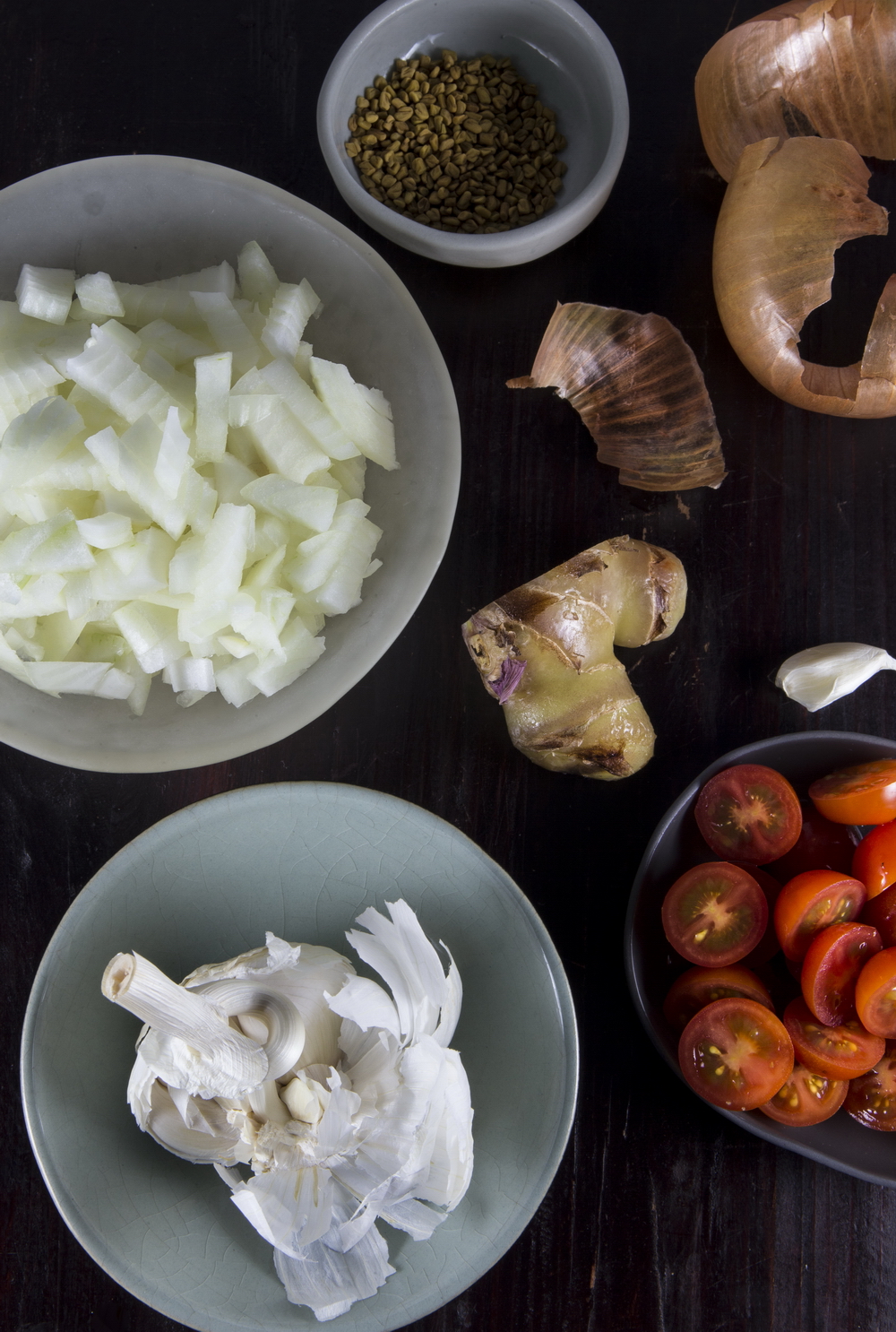 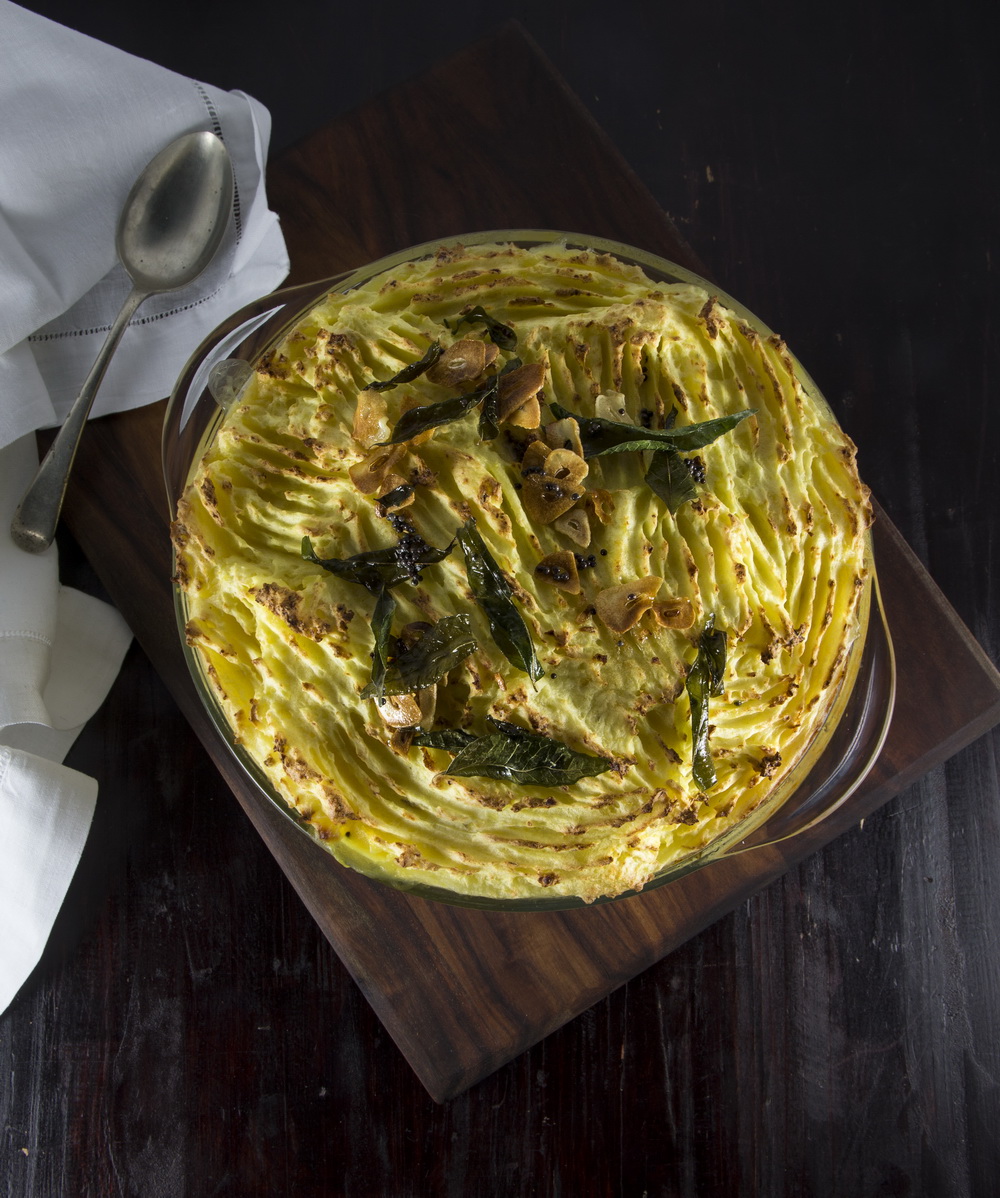