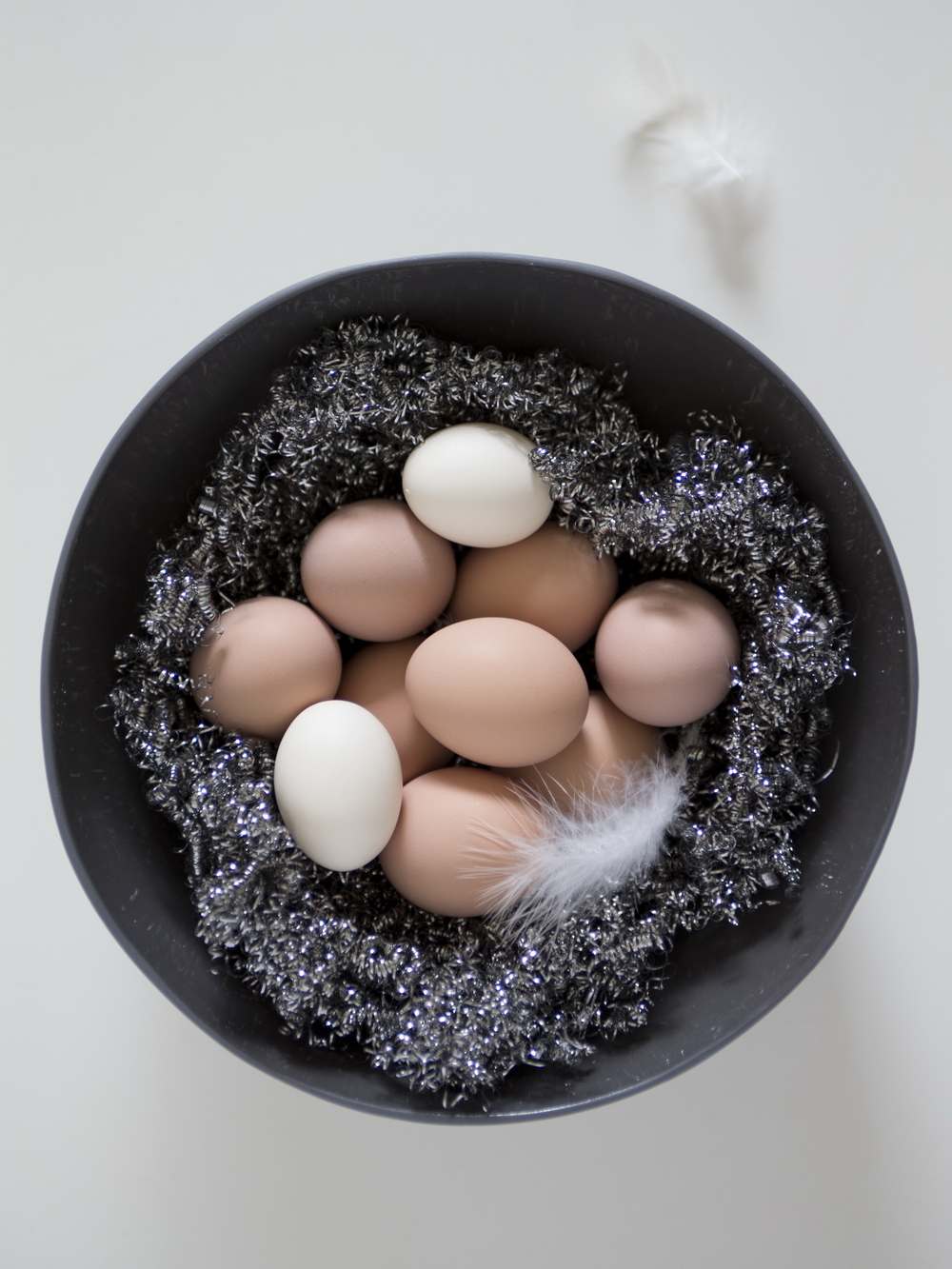 Australia is in the middle of an egg shortage, especially free-range eggs, with Melbourne and Sydney worst hit. It’s a major news story at the moment. This is worth a listen to hear different points of view http://ab.co/1Pi6stz.

As I understand it, there are three reasons for the shortage:

Increase in egg consumption is up by 4% since last year, especially free-range eggs. That’s a good thing – people are relying less on meat as a protein source, which is a plus for the planet. It’s nice for egg farmers too, especially those that have turned to free-range egg farming. Ultimately the steady move to free-range is great for hens in the commercial system.

Changes in the legislation around free-range standards has caused a bit of confusion for farmers, not a good thing, but in the end it will make matters clearer for everyone and hopefully result in better living conditions for hens. There are parties at loggerheads over what constitutes acceptable stocking densities, with animal welfare organisations lobbying for 1,500 hens per hectare rather than the government suggested 10,000. That’s a LOT lower, and some more ethical free-range farmers are already in this range. A level playing field is what’s needed. All this discussion has lead to free-range farmers being hesitant to increase their numbers of hens to meet demand until things are sorted out. At least we are having a public conversation and these things are out in the open – which is a good thing, right?

The third reason is simply a seasonal slow down by hens who live outdoors. As the daylight hours get shorter, laying goes down a bit in response. Also, hens tend to have an annual moult at this time of year, and their energy is diverted from egg laying to growing new feathers and giving their bodies a rest. That’s the natural order of things. In commercial, indoor set-ups artificial light is used to stimulate the hens to lay at maximum levels, so they never get this natural, seasonal rest. Unfortunately the lifespan of these hens is considerably shortened and they are culled when maximum productivity starts to slow, at about 18-24 months. What a miserable life. Maybe we should try harder to go with the natural flow of the seasons. It’s part of the whole seasonal eating movement really, isn’t it?

This post has gotten rather serious, and completely gone off in a direction I didn’t intend. I was going to tell you about my own little flock of backyard hens. I don’t live in the country, or even have a suburban quarter acre garden. I live in a little worker’s cottage, in an inner urban suburb of Melbourne, with a little brick paved yard. We are 6km from the CBD. Five beautiful hens live here with us, and that’s where we get our eggs. A few people I know have their own hens too, so hopefully it’s becoming a thing. You could think of it as an extension of your veggie garden – home-grown eggs.

We became accidental chicken owners about 6 years ago, when we found two red hens wandering in our local park. You can read more about that here, in very early days of The Urban Nest. (I apologise in advance for my poor photography skills at that time.) I suppose what I’m trying to tell you is that having hens of our own has opened our eyes to the fact that they are sentient beings, not food producing machinery. They dig up my garden bed, peck cheekily on the back door for scraps, and lay the most beautiful eggs for us.

I have learned so much from the different girls that have moved through our lives. They all have different personalities: some are bold and cheeky; others shy and flighty; even placid and friendly. Their clucking is a language with many meanings, that become apparent when you interact with them daily – I can understand a bit of chook-speak now. The calm and contented clucking as they move about the back yard, pecking at whatever catches their eye; the excited ‘sound of wonder’ when they find a high value, extra tasty treat; the loud and raucous ‘I’ve just laid an egg and I want the world to know about it’; the furious hissing and strident screeching of  the angry, broody hen when you move her off her nest. They can feel happy, excited, miserable, angry and frightened. It’s obvious once you get to know them.

I love my girls dearly, and am horrified by the thought of what goes on in the indoor commercial laying world, and it seems that more people are starting to become switched on to animal welfare and subsequently higher quality eggs. I learned today that consumer advocacy group, Choice, has developed an iPhone app called CluckAR , which will tell you stocking densities of free-range farms when you scan the egg box with your iphone. It’s a fantastic initiative, but so far, with mixed reviews. I’m going to have a look at it, as now it’s winter I do have to buy the odd dozen eggs from the shops, and now I can be extra vigilant about which eggs I’m buying. With so much confusion and public debate it’s not enough to just have a free-range label anymore.

I heard people in the street being interviewed about this ‘egg crisis’ the other day on the news, and I was surprised and gladdened to hear that they were happy to expect fewer eggs, and to pay a bit more due to the seasonal slow down. I’m sure they weren’t café owners or others whose livings rely on eggs, but if the regular person in the street says it’s OK, then that’s great news all round. 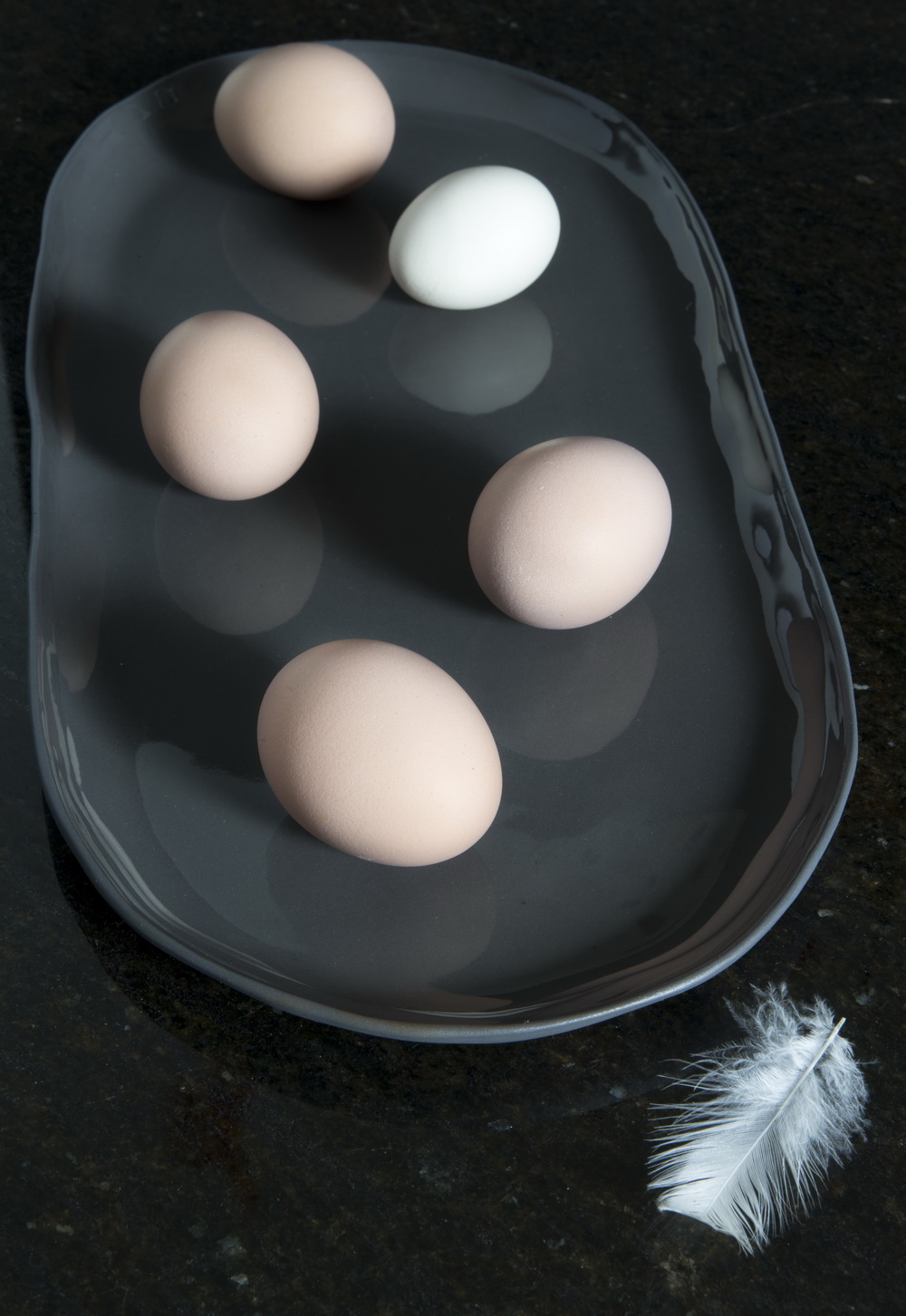 6 thoughts on “Which Comes First, the Chicken or the Egg?”