There’s a tiny hidden gem of a restaurant just a short stroll from our house, that Mr.B and I love for romantic dinners. It also happens to have a killer cocktail menu, and a few months ago I first tried an Amaretto Sour. It was LOVE at first sip; absolutely mouthwatering with all the sweet, sour and bitter tastes I adore. 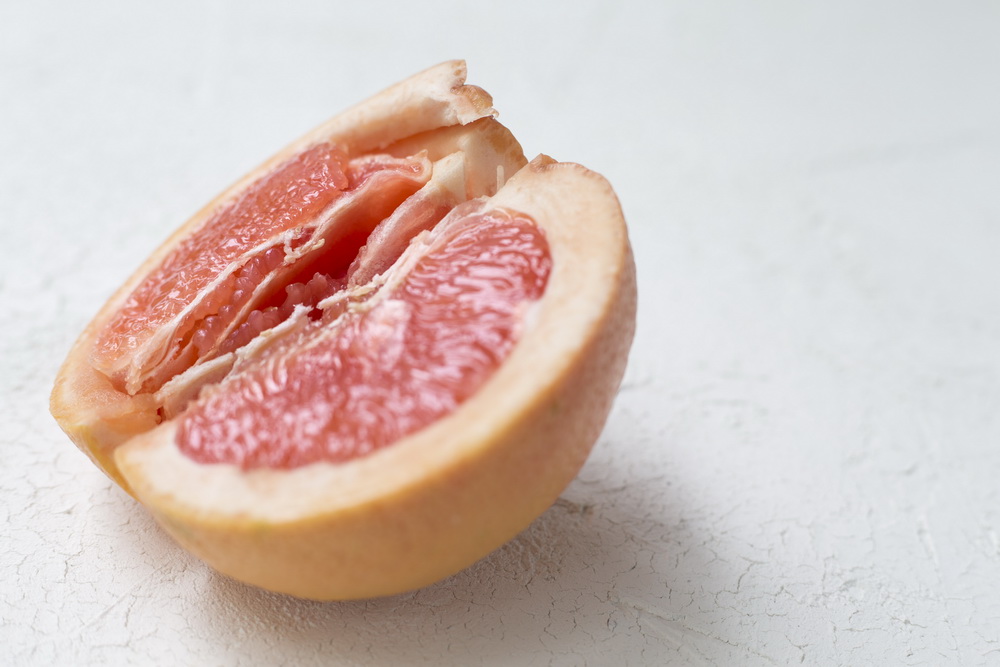 That started off a slow journey of inspiration and dreaming of tastes, images and memories, marinading  in my head. The almond taste of the Amaretto brought back vivid memories of my Mum’s almond jelly with fruit cocktail. Mum made this in the long, hot British summers of the 1970’s when school holidays went on forever and there was nothing to do in the days pre-internet. Glorious boredom, what I wouldn’t give for you now. I can see the white diamond shapes of jelly with the oh-so-exotic fruit cocktail from a can. Slippery and icy cold from the fridge. God I loved that dessert! 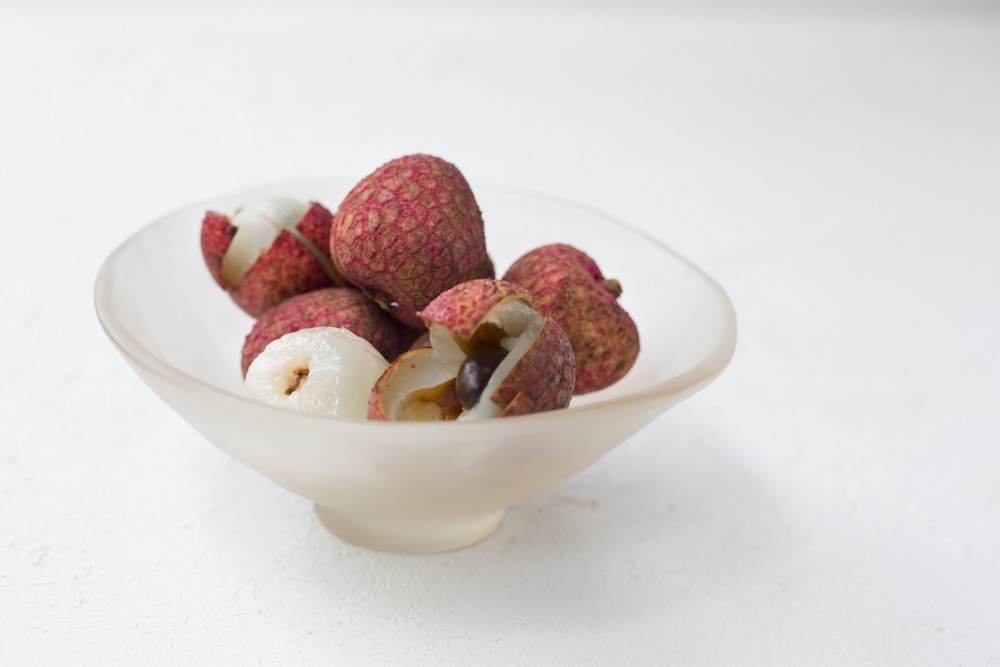 I began to think of a dessert in layers; in my mind’s eye it looked like Peter Gilmore’s legendary Snow Egg that everyone knows from Australian Masterchef. Sorry, Mr.Gilmore, even thinking this is sacrilegious.

My imagination started working overtime and I admit, I became a little obsessed. I did NOT want this dessert to feature fruit cocktail from a can, but something more refined. I needed flavours of almond, something bitter and sour, something fruity and something frothy like the egg white in the Amaretto sour. 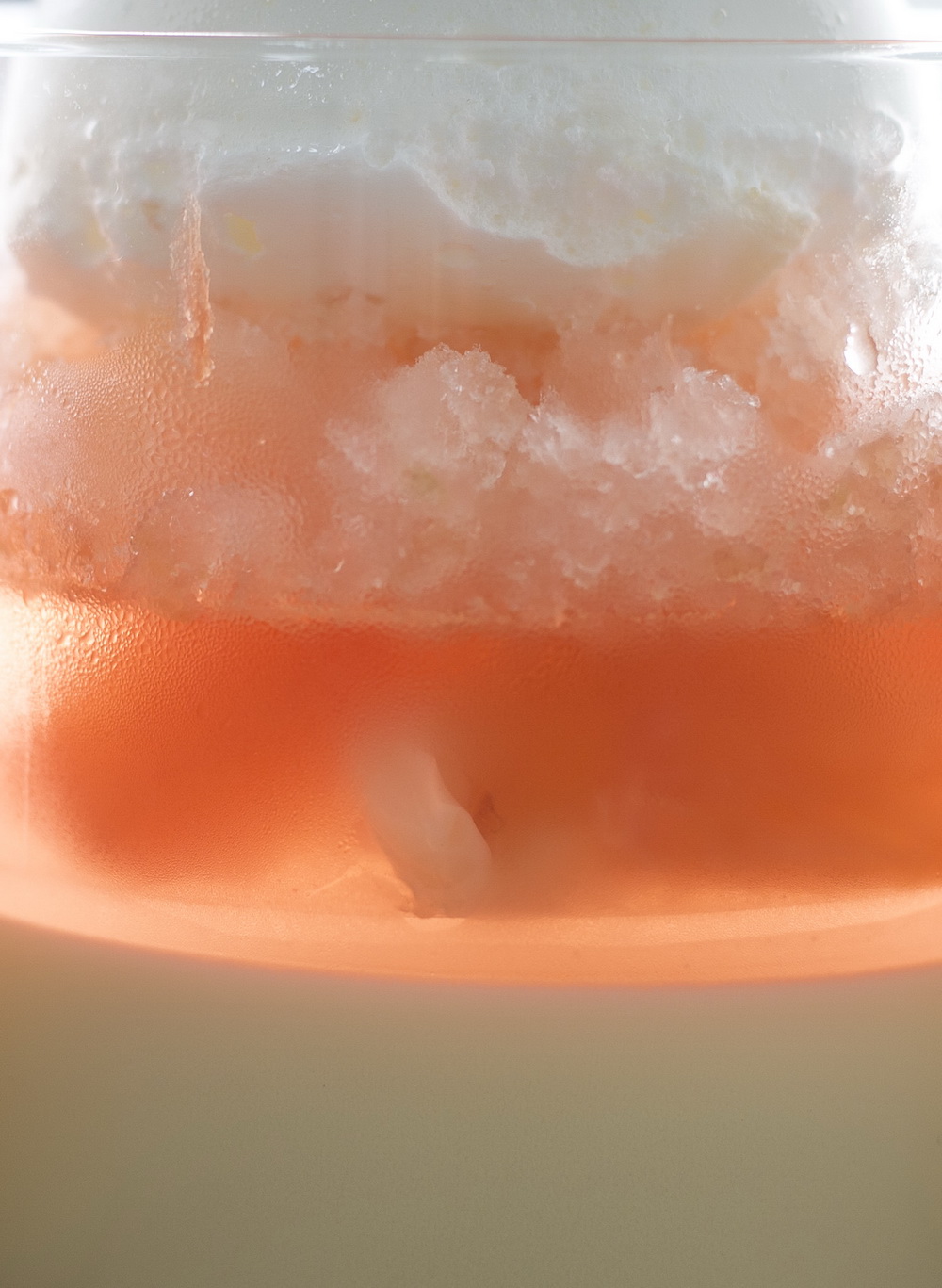 Months of thinking have culminated in this: I give you The Amaretto Sour Sweet. First a layer of intense, creamy Amaretto panacotta, followed by lychee and pink grapefruit pieces, suspended in perfumed lychee jelly. Next, a zesty layer of bitter-sweet pink grapefruit granita topped with a snowy white marshmallow dome of poached meringue.

The flavours each stood out in their own right, and were as complimentary as the cocktail it was inspired by. The different textures were the stand-out for me; creamy and smooth, light and slippery, icy, then marshmallowy. I think if this had been Masterchef they’d have expected some crisp element like an almond tuille or some-such , but I could live without it.

Impressed? I was. The whole thing came together just as planned, without even a tiny hitch. I don’t think it looks a million miles away from Quay’s infamous Snow Egg.

I’ve never made any of these elements before, except maybe jelly, and that would have been a long time ago. Honestly, everything was pretty straightforward and easier than I expected. Just think of each stage individually and I promise it will seem simple. The added bonus is that all the components need to be made ahead anyway. It can all be done the day before a dinner party or whatever, and then quickly assembled before serving. Perfect!

I used elements from the following cooks/chefs/books and adapted for my recipe. The panacotta is from a basic sweet panacotta recipe and the granita is from a lemon and lime granita by Stephanie Alexander from The Cook’s Companion. The basic jelly recipe is from the back of the gelatin packet. The poached meringue is from the initial stage of the guava snow egg by Peter Gilmore from the book Quay: Food inspired by Nature.

This first attempt was just for the four of us at home. They were impressed. Any dessert on a week night will impress my family, but Mr.B proclaimed it on his Top Ten Desserts of All Time list. I didn’t know there was such a list, and he couldn’t remember any other desserts on it, so I’ll take it as a resounding compliment!

Thanks to Safari Living for the loan of their beautiful servingware and glassware.

10 thoughts on “Amaretto Sour Sweet: The Dessert of my Dreams.”