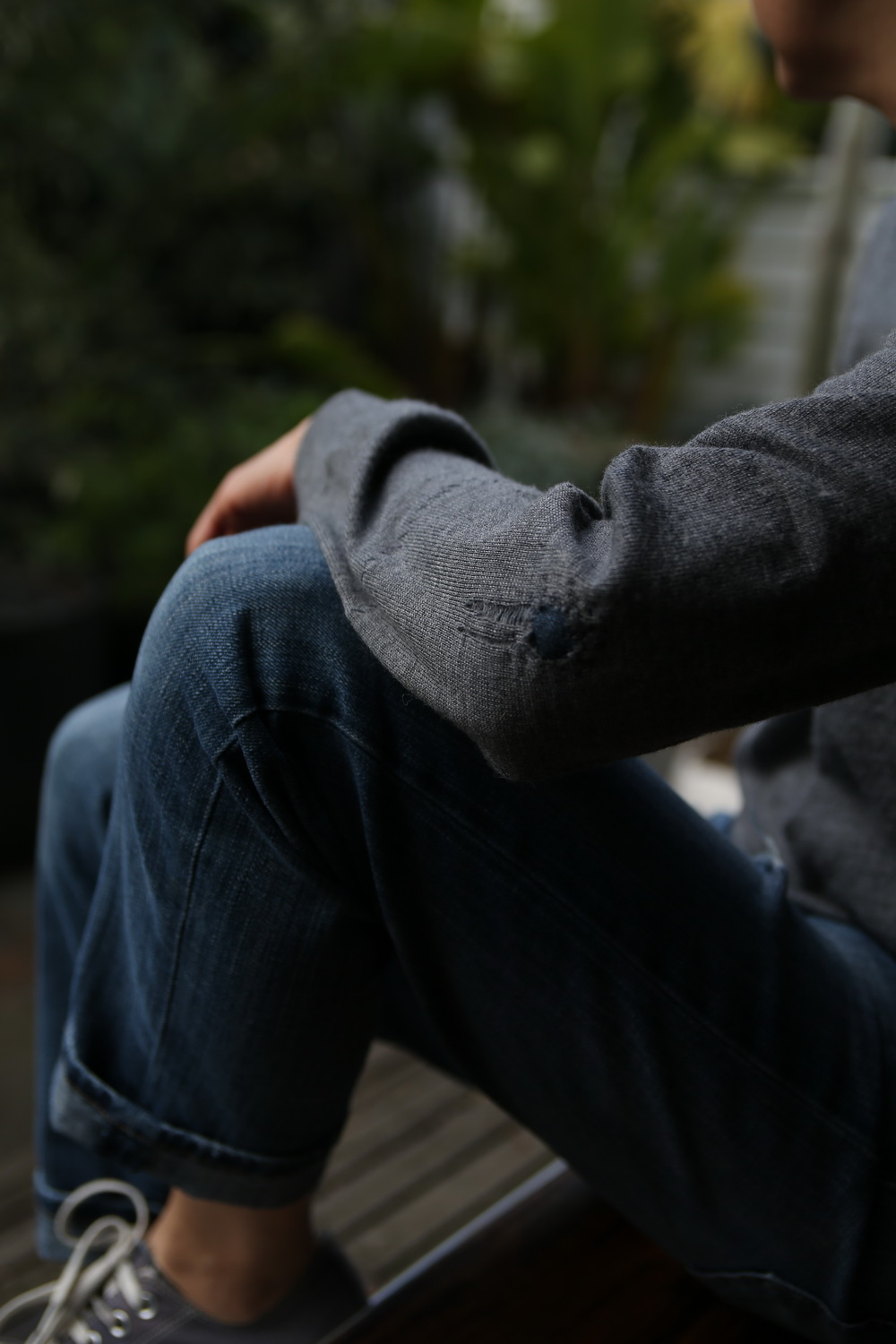 Since my brother’s tragic and untimely death at the end of last year, grief has been my constant companion; at first ferociously overwhelming me, later following me around as I existed in a kind of emptiness, and more recently just giving me a light nudge every now and then, whilst real life welcomed me back.

I thought that the most awful times were over, until what would have been his forty-sixth birthday rolled around at the end of August. Without realising, I slipped into a strange ‘in-between’ space. It seems wrong that birthdays and anniversaries still come round, even when a person has gone. I didn’t really know how to feel; uncomfortable and confused; too early for celebrating his life. Back in England my sisters and my Dad spent the weekend together, listlessly moping around, fractious with one another. They called me on FaceTime so I could join in.

On top of this we have all been ill here, with a seemingly unending cough and cold. I haven’t written anything for ages, or done much at all really. I felt like I’d fallen into a hole.

I’ve wanted to write this post for a while. It’s confronting when you put intangible feelings out on the table and examine them in the light, but I needed to in order to move forward.

Mr.B has been a champion, and suggested a weekend away in Hobart, just the two of us, as a belated wedding anniversary celebration. We were too ill and too sad to mark the occasion on the actual date. We had a wonderful time, eating fabulous food, visiting MONA, spending time with old friends and meeting new ones. Love, family and friends; these are the things we live for, aren’t they? I’m using this as a line in the sand.

It’s good to have a change of scenery, and I feel more positive now its spring. My head is taking the lead, and I’m doing my best to power through the inertia my heart is feeling. 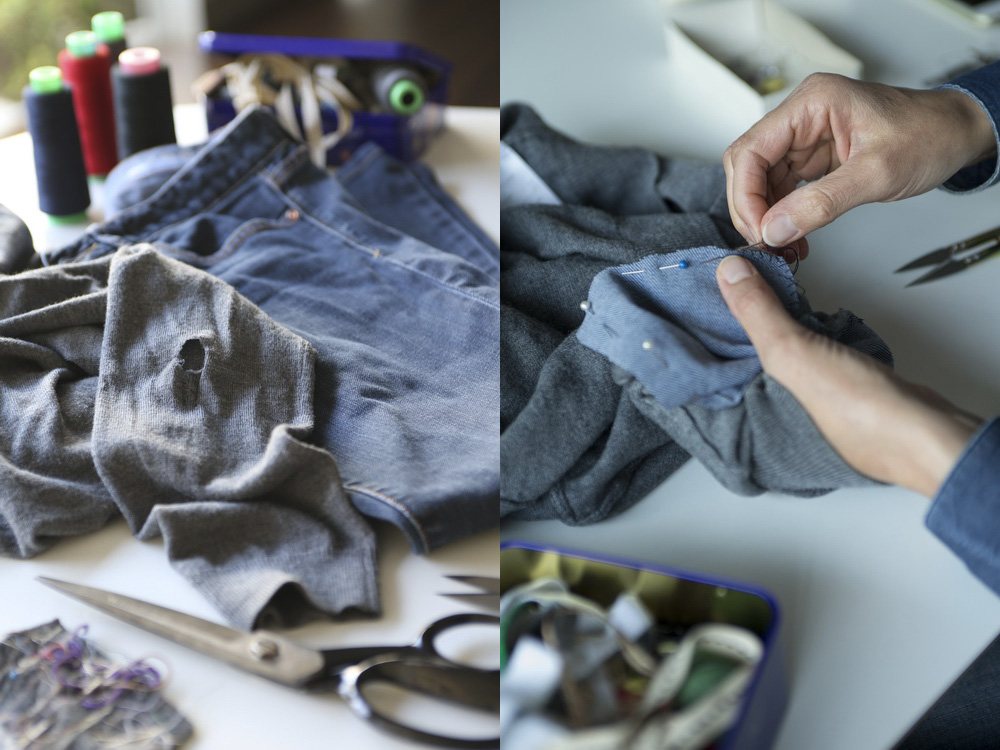 I’ve mended my brother’s sweater, that I hastily snatched from his flat in the days after his death. It’s even more precious because it’s well worn and has a hole in the elbow. I won’t ever throw it out. I love it because it’s his, and maybe mending it has been like starting to mend myself. Life inevitably marches on, and though painful, we’ll have to learn to make-do without him. I’m hoping I can learn to wear my grief more comfortably going forward too, like I’ll wear his sweater. 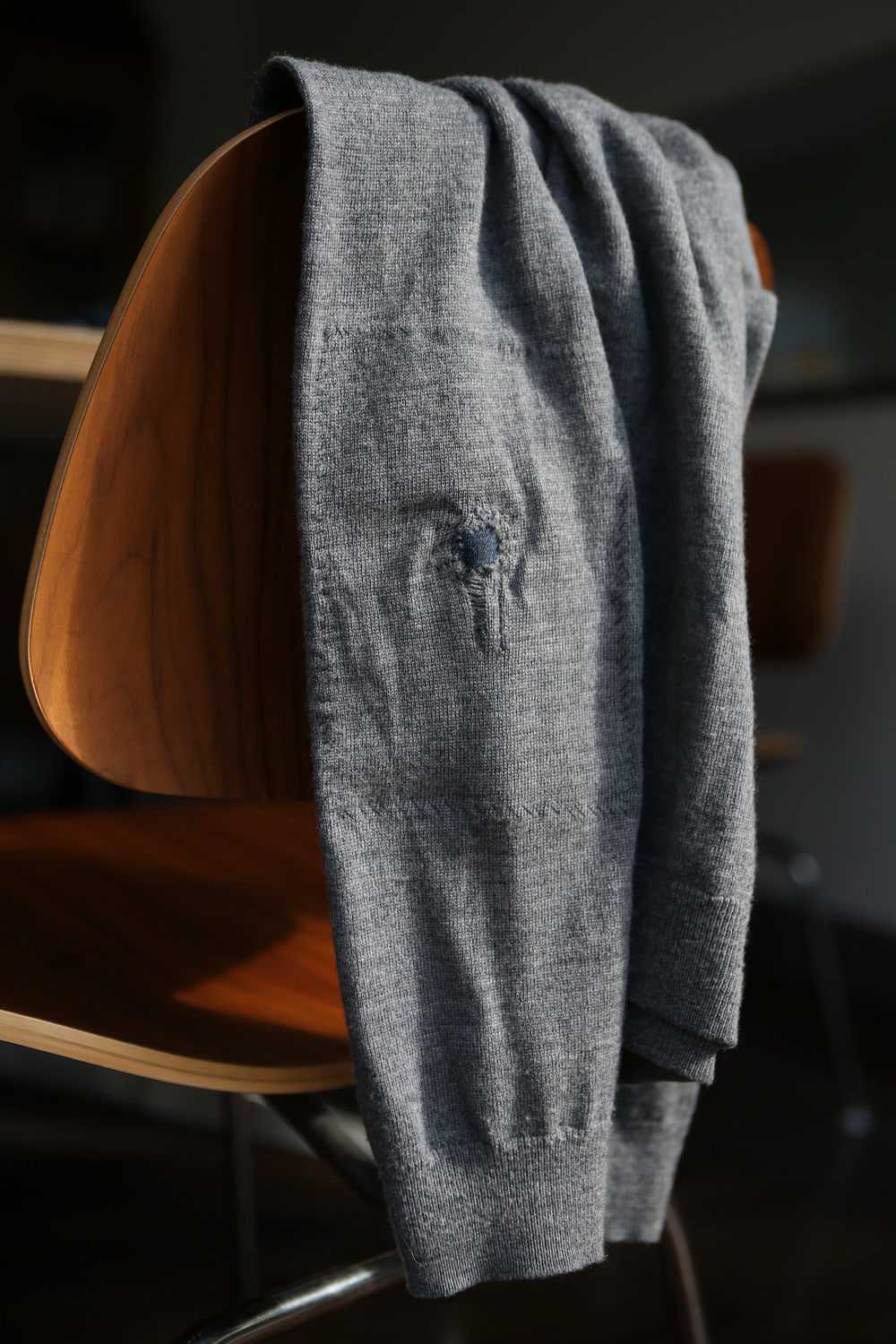